The Timeless Legends, The Rockets 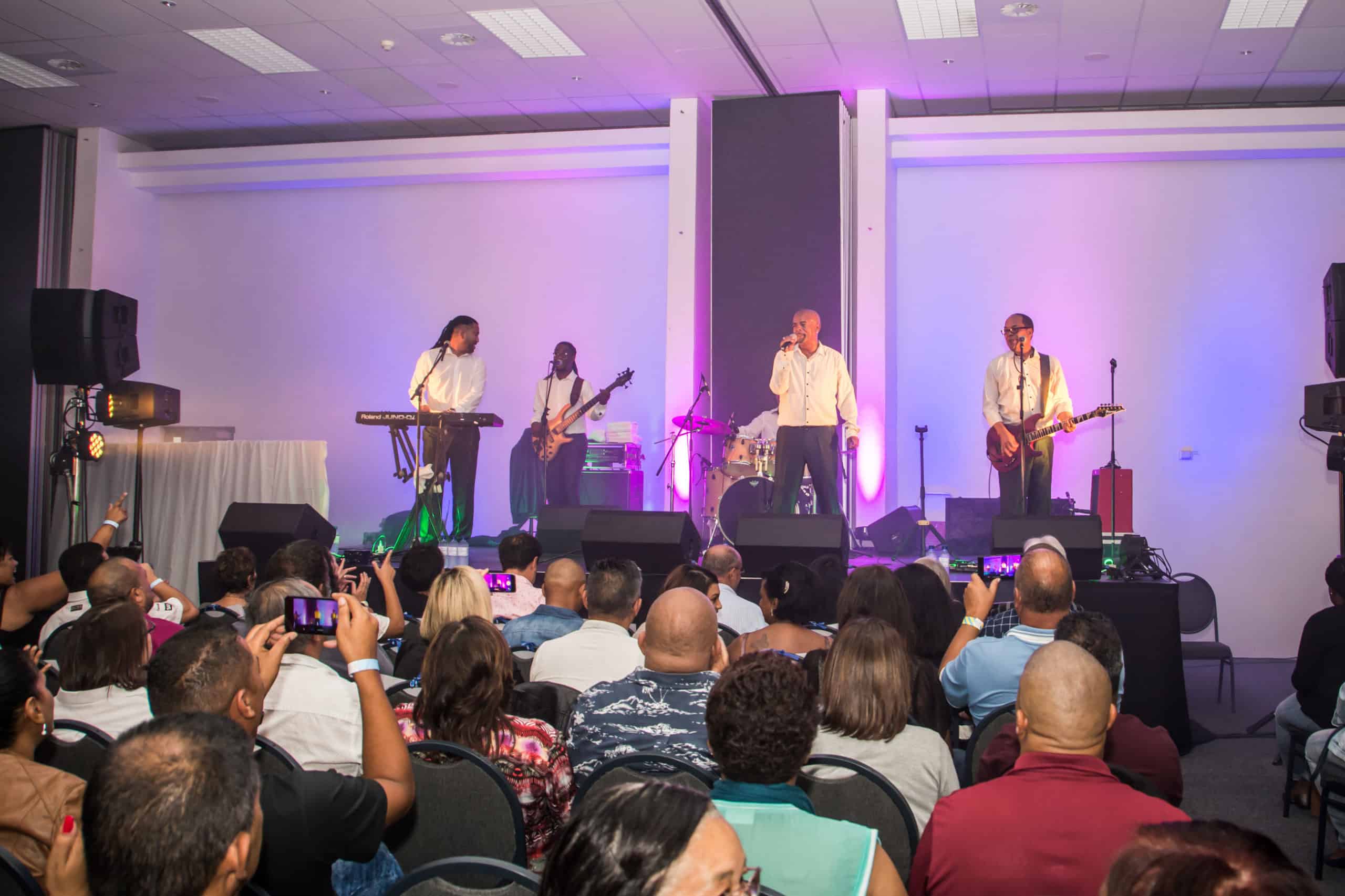 A night to remember at Mykonos with the Timeless Legends, The Rockets

Known for bringing the best in family entertainment to the West Coast, Langebaan’s top entertainment destination, Tsogo Sun’s Mykonos Casino hosted one of the most popular R&B/ pop groups in South Africa, The Rockets, live at the Athene Conference on 29 March 2019.

This group has been invited back to Mykonos by popular demand and over 360 fans flocked to the Athene Conference centre to see these timeless legends again. It was indeed an honour to have the Rockets grace the stage at the Athene Conference Centre and they are worthy ambassadors for our country!  It was also one of the band members, Theodore Watt’s birthday the next day and the people of the West Coast did a special birthday tribute to him, before the start of the show.

The Rockets are more than just a group, they’re a musical institution! The Rockets showed that they are undoubtedly one of the best R&B/ pop groups in South Africa and the audience enthusiasm was phenomenal!

The professional and positive atmosphere, with unmatchable energy on the stage, played a large part in the huge success of the evening and had the crowd rocking until 22h00.  The group’s interaction with the audience was amazing!

This was definitely a night to remember and it is easy to see why this incredible group has been delighting millions of local and international fans for a few decades. We are looking forward to having them back at Mykonos in the future.