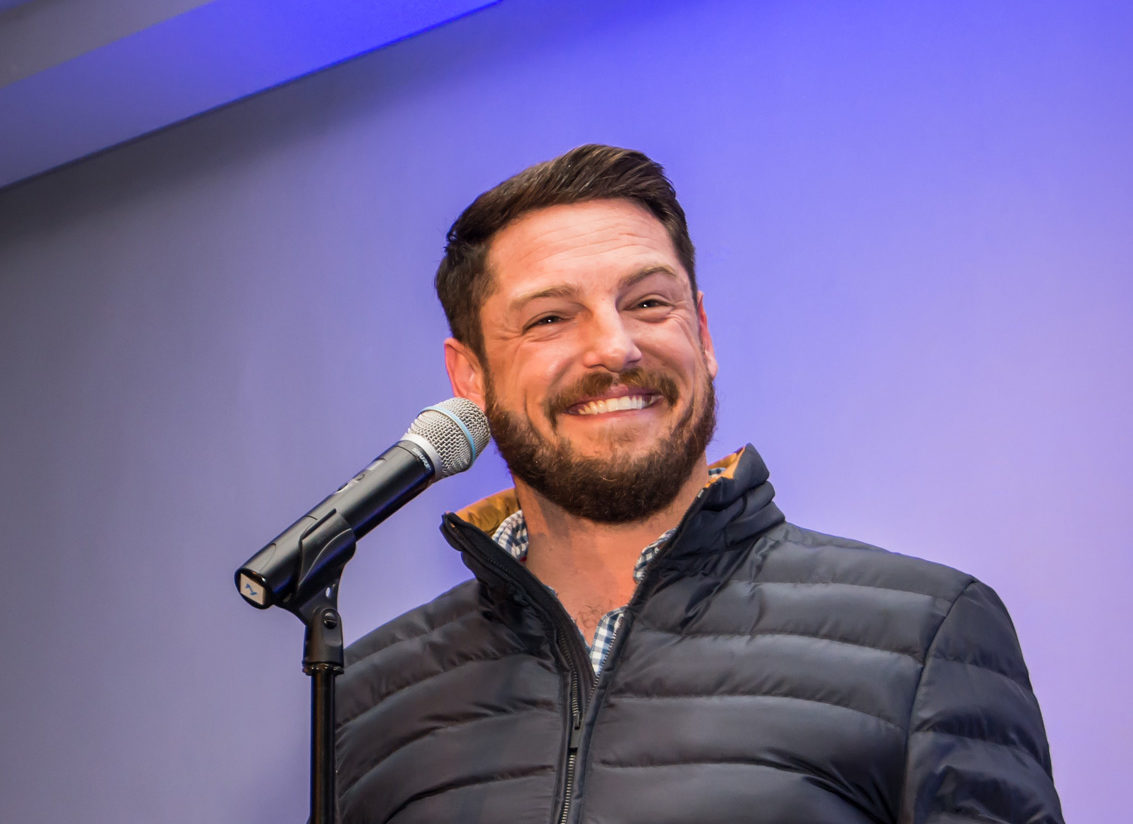 Andries Vermeulen performing on the 26th of June at the Athene Conference Centre.

Known for bringing the best in family entertainment to the West Coast, Mykonos Casino hosted an original West Coast legend and one of South Africa’s most-loved comedians, Andries Vermeulen live at the Athene Conference Centre at Mykonos on 26 June.

Master comedian and musician, Andries Vermeulen, kept residents and out-of-towners entertained when he performed his latest comedy show, Storieverteller, at Langebaan’s top entertainment destination. Born and bred in the West Coast, Vermeulen’s show was brilliant, with its locally relevant and hilarious anecdotes, as well as his popular music, which included songs from his new album, In Afrikaans.

“Andries is hugely talented and he had fans rolling in their seats with his unique sense of humour. It was a fantastic show and we hope to see more of him in the near future,” says Mykonos Casino’s Marketing Manager, Natasha Brand.

It was one brilliant show by one of the best in the business.  The crowd loved his interaction and enjoyed an unforgettable night of hilarious comedy and great music and fantastic feedback received regarding his show.